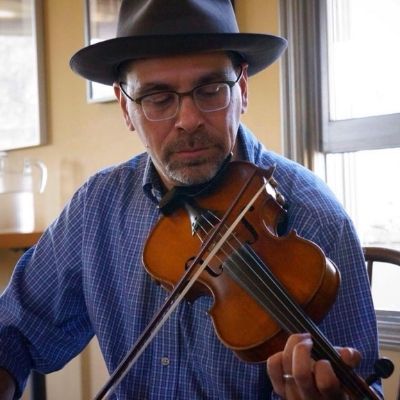 Howard Rains is a native Texas artist and fiddler now living in Lawrence, Kansas. He comes from a musical and artistic family and his two obsessions are folk art watercolor painting and playing traditional old time American fiddle music. He is the fourth generation to play on the same fiddle that was made for his great-grandfather and learned his finger-picked guitar style from his dad.

The New York Times has said, “Rains has established himself as an authority on old Texas-style fiddling.” Howard plays rare, old tunes learned from friends, family, mentors, and old recordings.

As much known for his painting as his fiddling, Howard has focused much of his work on documenting living traditional musicians in watercolor in his unique style.