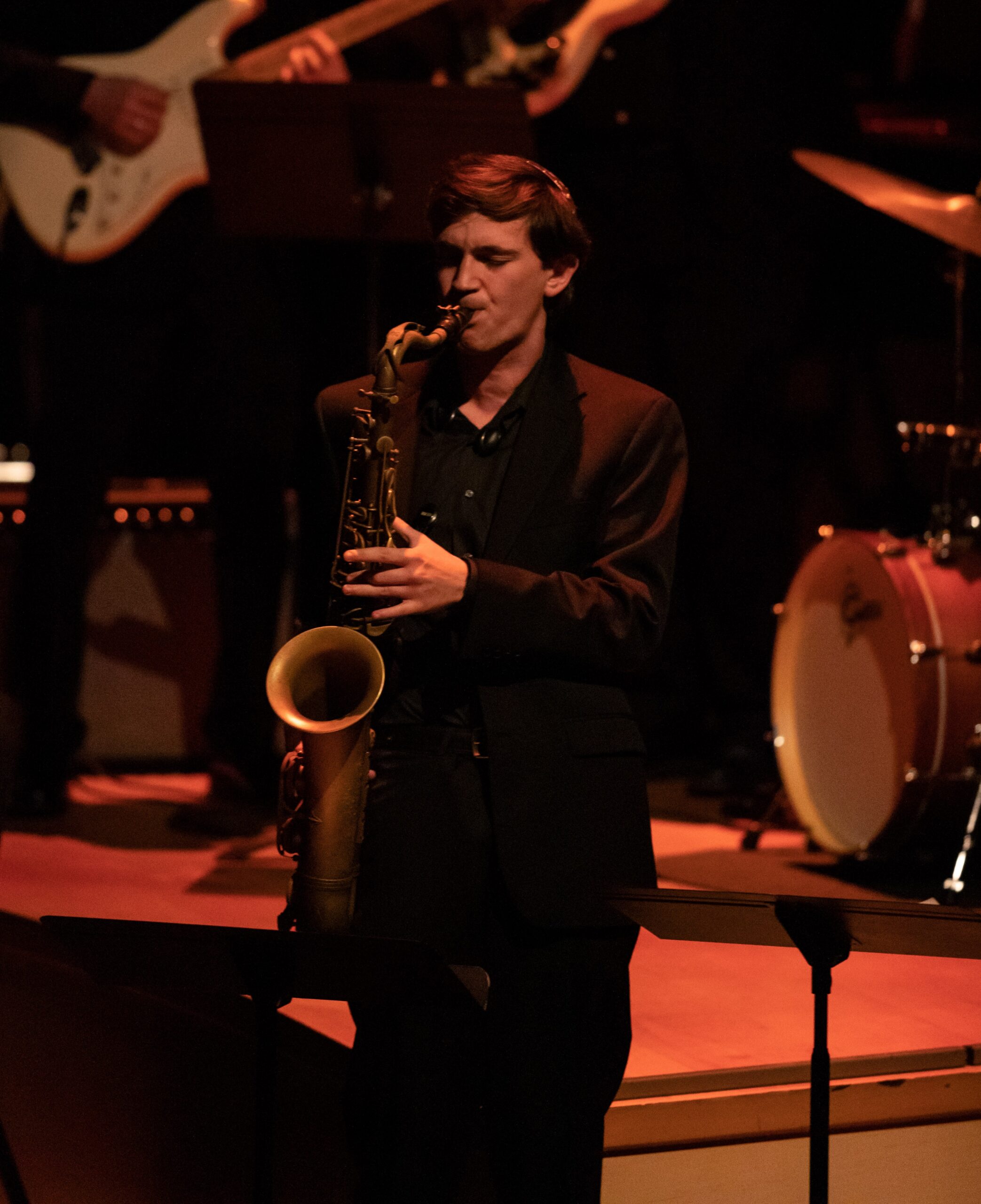 Jacob Schwartzberg is a saxophonist, composer, and educator based in Kansas
City, Missouri. Originally from Denver, Colorado, Jacob’s love of music began early
and led him to attend Denver School of the Arts. There, he started on the clarinet
before deciding to pick up the saxophone, which he hasn’t put down since.

In 2021, Jacob graduated from the University of Missouri-Kansas City
Conservatory with a Bachelor of Music in Jazz Studies. While at school under
saxophonists Adam Larson and Bobby Watson, Jacob had the opportunity to
perform at venues such as the Kauffman Center for the Performing Arts, The Black
Dolphin, The Blue Room and other clubs around Kansas City.

He currently plays with “Arnold Young and the RoughTet,” and his playing,
composing, and arranging are featured on a 2018 self-released album with his
band The Musetet. His music can also be found in several collaborative works
with dancers and choreographers. To check out his projects, go to jacobschwartzbergmusic.com.

As a teacher, Jacob takes a personal approach to ensure that each student’s needs
are met, and that their curiosity about music grows with each lesson.