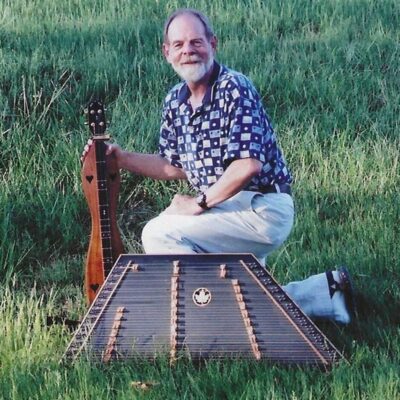 Allen Macfarlane started playing the lap dulcimer in 1980 and the hammered dulcimer in 1997. He’s been giving workshops to beginner through advanced players since the mid 1980s at music festivals, club meetings, and other events across the Midwest. He’s recorded two CDS of his music so far in his career, The Passage to the New World and The Snowy Flint Hills. Since the late 1990s, Allen has been offering children and adults an opportunity to build and play their own cardboard lap dulcimer in a workshop setting in arts centers and schools in Kansas and Missouri. In his other life, Allen is a middle school Science teacher at Topeka Collegiate School, where he regularly offers a lap dulcimer elective to his students.